Jayson Tatum has recovered from the ankle injury he suffered last week and it is likely he will play in the Quarter-final against France.

Per Shams Charania of The Athletic, Tatum has a strong chance to return to action against the French team on Wednesday (11/09).

The winner of the match between Team USA and France will face Argentina in the semi-final, which eliminated Serbia earlier today (97-87). 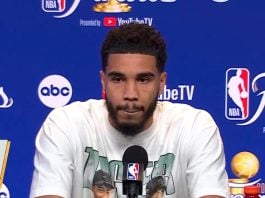 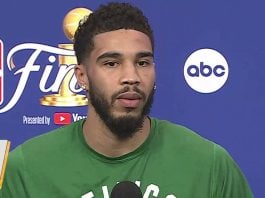 Jayson Tatum: “I’m confident like I have been all playoffs”