Slovenian National Team has got a new coach. None other than Bozidar Maljkovic.

The decision to hire Majkovic was taken during the last session of Slovenian Basketball Federation for 2010. Maljkovic will sign a three years deal, with a possibility of early contract termination.

Maljkovic signing has caused some surprise as despite his great coaching career the Serbian has not coached a team for a while. The surprise is even bigger if one takes into consideration that he has not been the head coach of any National Team so far in his career. Nevertheless he has won numerous titles on club level, even winning Euroleague with three clubs.

His last job was in 2007 when to he took over Tau (now Caja Laboral) from Velimir Perasovic who had medical problems. 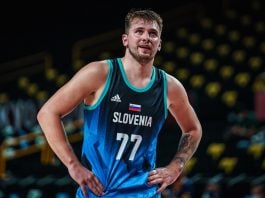