Another year, another tournament, another Spain vs Greece match, but same outcome. For the sixth time in a row in the last five major tournaments (since 2006) Greece meets its nemesis in the face of Spain.

Unfortunately one of the two finalists of the previous World Championship would go home even before the quarter finals. And once more Greece was the victim of Spanish armada, who prevailed with 80-72 in a game which was the last international one for modern Olympus God of basketball Dimitris Diamantidis, who exited the building in great fashion.

Greece tried to run in the beginning of the game and took an early lead, 6-2. Spain answered with a run of their own and grabbed away the lead, 8-7, with six minutes to go till the end of first quarter. Greece pressured Spanish key players in defence and got a comfortable six points lead, 17-11. That didn’t last due to Calathes entrance in the court and with a 9-2 tun Spain regained the lead, 20-18. Final score of first quarter was 22-19 for Spain.

Spain started off the second quarter the same way the ended the first one and expanded their lead, 28-21. Greece came back though thanks to Zisis who was hitting the mid range jump shots and cut the lead to its minimum, 28-27. Nevertheless Spain managed to pull away once more, gaining its largest points difference yet, 37-29. Greece managed to score a bucket and at the end of the first half the score was 37-31 to Spain.

Greece entered the court in the second half determined to prove some things and took the lead, 38-37. With Diamantidis, in his last game for the Blue and Whites, on fire Greece pulled away 51-45. Still Spain showed what they are made of and with a quick 7-0 run closed the third quarter in the lead, 52-51.

the starting 3-4 minutes of the last quarter saw the two teams exchanging leads but gradually, and thanks to switching to zone defence (which was the weak point of Greece during the entire tournament) Spain was slowly, but steadily, again pulling away. With a couple of minutes in the game clock Spain established a double-digits difference, 70-60. Greece tried to make a final comeback, but they got as far as 72-68. The game ended at 80-72.

Spain went through and will now face the young and enthusiastic team of Serbia while Greece will need to re-evaluate many things and have a look at their Diamantidis-less future, with more players probably retiring as well with the likes of Papaloukas and Tsartsaris being the most likely to follow him.

As that wasn’t enough Greece is now practically coach-less as Kazlauskas’ contract has expired as of tonight. 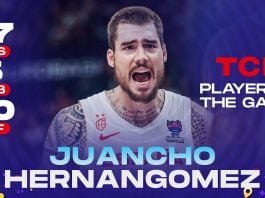