Philippines officially announced on Sunday (25/08) the 12 players that will compete in the 2019 Basketball World Cup.

Philippines will face Italy, Serbia and Angola in the group stage of the Basketball World Cup. 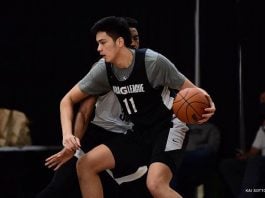 First NBA player from the Philippines?

Serbia decimated the Philippines; advanced to the second round

Italy decimates the Philippines; makes an emphatic start in the Basketball...