The new Maccabi Tel Aviv American forward Richard Hendrix could soon get Bosnian passport which would make him eligible for the Bosnia and Herzegovina national team in the upcoming Eurobasket 2011 qualifiers.

Bosnia and Herzegovina will aim to qualify to Eurobasket 2011 as they take on Great Britain, Ukraine, FYROM and Hungary in Group B. The addition of Richard Hendrix is thought to increase their chances. 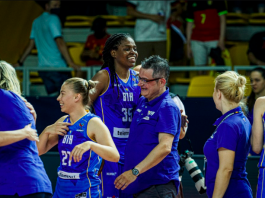 The road to the FIBA World Cup begins tonight