As the euphoria of winning the NBA championship on Thursday night lifted the team’s spirits to previously unreachable levels, Toronto Raptors center Marc Gasol was asked specifically to think about the team’s unique makeup.

“What makes this team special?” a reporter inquired in the aftermath of the visiting Raptors’ 114-110 Game 6 victory over the Golden State Warriors.

He went on: “And like I was telling your colleague, it doesn’t guarantee you’re going to win, but it does help that everyone has that championship mentality. I’m so happy that they got it because everyone in Toronto and Canada deserves this because they fought for it. I’m sure the Jurassic Park is going a little crazy right now, I just hope everybody is OK. But I’m sure there’s a lot of people very happy, because we have shown a lot of resilience and togetherness.”

The new kid in town

Above all, he brought toughness, experience and valuable veteran leadership to the club.

Gasol started all 24 Toronto playoff games. In the NBA Finals, the Barcelona native averaged 12.0 points and 7.3 boards against the Warriors.

After 11 seasons with the Memphis Grizzlies, it was well-known that he was an established, proven, go-to player. Somebody who could help elevate the Raptors.

Listen to Raptors coach Nick Nurse’s assessment of the trade, as reported by ESPN at the time:

“I think that there’s a lot of positives with a guy like Gasol, and I think most of them come with being battle-tested. I think we all know that those playoffs can get wild and woolly, and he’s a guy that’s been through them many times.”

Marc Gasol entered the history books on Thursday. Playing on a title-winning team, he and older brother Pau Gasol became the first siblings in NBA history win titles. Pau starred on the Los Angeles Lakers’ back-to-back championship teams in 2009 and 2010.

Asked to reflect on his role on the Raptors and what this achievement means to him, Gasol had this to say: “It means a lot of things. It means the world. Still I’ve been floating for the past couple of hours. I’m thrilled. So many people deserve this. Even though Golden State had some tough injuries the last game and this game, they showed you how much heart they have. … They didn’t make any excuses, they kept playing, they kept coming at you every possession offensively and defensively. So very much respect for those guys and their organization.

“With that said, I’m very happy that we won. I’m so excited, it’s just (a) special, special feeling. We have a special group of guys that are so carefree. They help one another, especially through tough times when we could have pointed fingers at one another and blamed each other, we didn’t do that. We just held on to our brothers. And just, I just have so many people to thank that we would be here for a couple hours, so I want to thank everybody.”

Naturally, the elder Gasol wasn’t the only person with celebratory messages for Marc. But big Pau’s comments were widely circulated, including on social media.

Pau Gasol tweeted, “To win an @NBA title is something extremely difficult to accomplish but wonderful at the same time. You finally got yours @MarcGasol!!! Outstanding job, outstanding effort and a historical triumph!!! Huge congratulations to the entire @Raptors team and the city of Toronto!!” 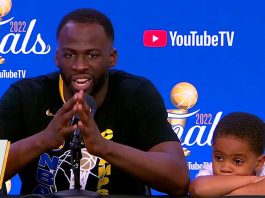 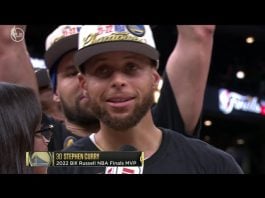