We are 70 games into the regular season and the playoff race is in full swing.

Let’s look at a couple of Wednesday night matchups that are sure to bring some great NBA action to the table as well as affect the seeding structure as we move towards April and beyond.

Odds are not out yet to help us handicap these matchups, but you can check this Bovada Review to see all of the NBA options and current bonuses.

Harden hasn’t slowed down and the Rockets are still rolling. Currently, they are back up in third place in the Western Conference with the Portland Trail Blazers nipping at their heels. So now, more than ever, each game counts.

Houston is going to be listed as a road favorite. They were listed as 7.5-point favorites against the Atlanta Hawks, who are only marginally worse than the Grizzlies right now. So, we should expect a point spread in the neighborhood of 5.5 points.

Houston is one of the best teams in the league, but they haven’t been great at covering point spreads. Lucky for anyone who wants to back them ATS, neither is Memphis at 32-37-1 against the number.

The Rockets are healthy and shouldn’t be too tired as they got Monday off. So we should expect a solid road win in Memphis. The Rockets are putting up 109.5 points on the road and allowing 108.9. This isn’t the greatest margin, but it’s going against the Grizzlies, who are only scoring 102.45.

That said, Memphis has one of the best home D’s in the league at just 101 points per game allowed, so they are not going to lay down and die. It won’t be enough to get the win, but it might be enough to cover a point spread higher than, say, 6.5.

Interconference play is always fun. And on Wednesday night we get to see a couple of powerhouses collide. The No. 2 in the East Raptors head to OKC to face the No. 6 in the West Thunder.

This game doesn’t have as much significance for the Raptors as it does for the Thunder. The Raptors have a five-game lead on the Sixers and are looking solid to get that No. 2 seed.

The Thunder, on the other hand, are tied with the Spurs record-wise and are just 1.5 games behind the Blazers for that No. 4 spot. The Jazz are just a half-game behind and the Clippers one game, so a home win against the Raptors would go a long way for them in solidifying a playoff berth.

The Thunder holds a 6-4 advantage over the last 10 times these two teams have met. That said, the last time these teams met was around this time in March last year.

But, this trend might continue on Wednesday, the Thunder put up 115 points per game in Oklahoma and allow 109.7. Conversely, the Raptors score 112.94 and drop just a smidge shy of 110 to opponents while on the road.

The point spread is going to be small and if the Raptors for some reason are favored, taking the Thunder would be a good option. That said, it is more likely that OKC gets listed as small favorites.

The Thunder are 17-8 in non-conference games, but they have hit a three-game slide, which makes handicapping this game a little more difficult.

Expect a close one in Oklahoma City on Wednesday night.

The Mavericks are going to have a tough time making the playoffs, but they are not out of it. The Blazers, on the other hand, are a game out of third-place and have the Spurs and Thunder breathing down their necks just a game-and-a-half back. So, they can’t afford to drop home games against teams like the Mavs.

The Mavs would love to play spoiler and they are more than capable of doing so. In fact, they have split wins 5-5 with the Blazers over the last ten and have won two of the last three.

Granted, both of those wins were in Dallas. These two teams tend to beat one another while at home and with the way the ball is rolling, we should expect the same on Wednesday.

Over the last five games, the Mavs have averaged 108.6 points. Rip City has put up 116.6 over the same time period.

Defensively, the Blazers have allowed 108 over the last five, while the Mavs have allowed 110.1. On the season this falls right in line with Portland’s home defensive numbers, but the overall road defense for the Mavs is slightly worse at almost 113 per game.

Taking momentum into consideration as well as motivation, the Blazers will win this by five points or more. 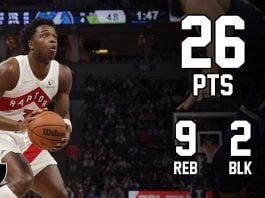