AEK Athens and Promitheas Patras defeated Lietkabelis and Neptunas and came close to securing their place in the knockout stage.

The defending champions edged the Lithuanians at home (65-59), thanks to another impressive performance by Vince Hunter (28 points, nine rebounds).

AEK improved to 5-1, whereas Lietkabelis dropped to 2-4.

For their part, Promitheas Patras stood tall and escaped from Lithuania with a big victory over Neptunas (82-83), with Terell Parks leading the way for the Greeks, with 18 points and eight boards.

Promitheas were victorious for the fifth time this season (5-1), whereas Neptunas lost for the third time (3-3).

The first day of the sixth round in the BCL also saw Ludwigsburg hand Murcia their first defeat of the season (81-80). 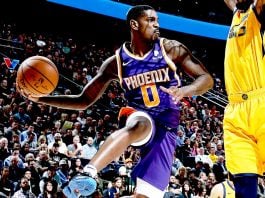 Ian Miller: “Promitheas is the first high-level team to allow me...