The reigning NBA champion lost their second match during three preseason games. This time the Golden State Warriors were defeated by the Phoenix Suns in Oakland (109:117).

The Warriors head coach Steve Kerr was ejected out of the game for criticizing referees.

The Suns center Deandre Ayton scored 18 points and grabbed 7 rebounds, on shooting 7-of-11 from the floor. On the other hand, Stephen Curry had 23 points and made 4 assists. Klay Thompson and Draymond Green missed the game. 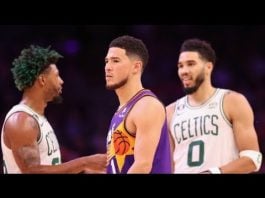