As the club officially announced, Sonny Weems will play for the Chinese team Guangdong Southern Tigers next season.

The 32-year-old forward played in China last year, averaging 31.7 points, eight rebounds and 5.9 assists with the Zhejiang Golden Bulls. He then signed with Anadolu Efes and averaged 15.5 points in six EuroLeague games.

Weems will play alongside Malcolm Delaney, who has also joined Guangdong Southern Tigers. 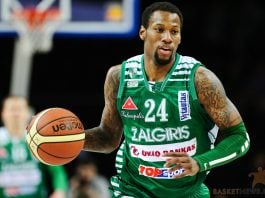 Barcelona in talks with Sonny Weems