Kobe Bryant was in South Africa to watch the game USA – Ghana two days ago and yesterday he found himself at a football school in Soweto where Sky Italia picked him up for an interview.

And the interview was in Italian of course, as Kobe is fluent in the language due to his stay in Italy from when he was 5 to 13.

With an opening statement he said that he is sad and angry that the Italian football NT was eliminated so early in the tournament and that he hopes in 4 years from now, Italy is going to be victorious again. Kobe continued saying that when he was a kid, in Italy, he had to play football.

It was either football or going home as all the other kids preferred football to basketball. And he was always set to be the goalkeeper of course, as he had no other football skills. He supported AC Milan, while his father supported Inter and his sister Juventus. In derby days it got quite crazy at home.

Upon request, he said that he believes Germany is going to win the World Cup. And who is the Kobe Bryant of football? “Messi, but shorter than me”, he says and breaks into laughter.

A few comments about the NBA Finals vs the Celtics follow and when asked about the three Italian NBAers, he says that they are very good and Italian fans are lucky to have such talent.

Finally he was asked if he is going to finish his career playing a year in Italy. As he said it has been a dream of his to play basketball in Italy, but Italian fans should wait for another 5-6 years. 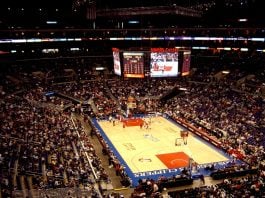