CSKA Moscow guard, Daniel Hackett, is expected to miss the first two games of the Italian national team in the second round of the World Cup Qualifiers in September.

Hackett got permission from both the Italian Federation and head coach Romeo Sachetti and will not play against Poland (September 14) and Hungary (September 17) in order to recover from an injury (muscle strain) he sustained in Italy’s loss to Croatia in June.

Italy will start the second round in a 4-2 record and will compete against Lithuania, Poland, Netherlands, Croatia and Hungary in Group J, with the first three teams from each Group advancing to the World Cup. 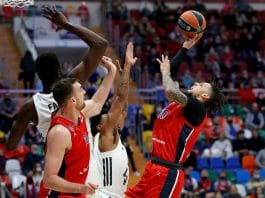