It’s a game that you rarely see in international competition and no-one, not even in their respective nations talks about it that much but familiar British foes locked horns in the waking hours of this morning in a different setting, unfamiliar territory and a completely different hemisphere altogether.

While there have been England vs Scotland encounters in the past, they are usually reserved as exhibition affairs -mostly warm-ups for the domestic British Basketball League final games – plus with Great Britain being the prefered choice in the international basketball arena, England and Scotland are not commonly known as “international basketball nations”.

England came into this game against Scotland riding an 11-game winning streak, dating back to 1983. The Scots’ last win in that year was a narrow 64-62 success. They last played in an exhibition contest in 2012.

But the two countries, settled in the British Isles fought this morning in the Australian city of Brisbane in a competitive field this time as they tipped-off the 21st Commonwealth Games, an Olympic-style sporting event with nations representing the countries that were previously part of the British Empire, and its dependencies, all of which make up the commonwealth.

Admittedly, these Games do not get the fanfare that the Olympics receives and being truthful, the hype and anticipation for this event, held every four years gets little recognition, in fact, the chances are that this article being read right now will be the first time anyone has heard of the Commonwealth Games 2018 but to England and Scotland especially … the bragging rights are on the line, more because games like this don’t come often and while the rivalry is famously reserved for football, in basketball the stakes are argubly even higher as the performances of both nations, maybe more specifically England could determine British Basketball’s funding fate.

This morning’s clash in Brisbane saw the “Auld Enemy” lock horns for the 45th time since 1946. As nations, success is different. The last time England put out a competitive team was at the Commonwealth Games in 2006 when they won bronze with traditional basketball powerhouses Australia and New Zealand scooping gold and silver, respectively.

Scotland’s fortune was not so great as they began their 2006 campaign with a 129-52 loss to Australia en route to a 1-2 record with the sole win coming against India. Since then, basketball has not featured at the event until this year’s edition so England vs Scotland was in a way the perfect curtain raiser.

The game itself was scrappy with neither team registering a single point until Scotland’s Gareth Murray drained a three-pointer in the corner just over two minutes in.

England, regarded as favourites and amongst the heavily fancied to contend for a medal were expected to overpower a smaller Scottish unit, but the belief and the overall pride of representing your country, which in this instance doesn’t happen often can play a factor in Commonwealth settings.

Scotland wanted it more and what looked to be a momentum-shifting three from England’s Kofi Josephs as the third quarter wound down narrowing Scotland’s one-time nine-point lead to just one at 49-48 after three quarters.

But the momentum was short-lived as Scotland exploded out of the blocks in the fourth quarter as they eventually stretched their cushion to double-digits thanks to the Glasgow Rocks duo of Murray and Kieron Achara with the former leading the Scots with 18 points as they recorded a 78-65 win.

“It’s all about playing as a team,” Achara said. “We are a proud nation, we played hard and we wanted it more. Our team has a belief in ourselves and it was enough to carry us through.”

The Scots celebrated as if they had won a medal. They gathered for a huddle with smiles beaming. To most basketball nations, it was another game, but to Scotland: this was much more. A country that attempted to gain independence from Britain but failed and will undoubtedly look to try again, post-Brexit as the Scots voted to remain in the EU. They overcame their bitter neighbours and until the next Commonwealth Games in 2022, bragging rights belong to the Highlanders. 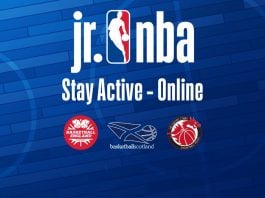