DETROIT— Michigan State (30-5) advancement in the NCAA Basketball Tournament from the fabulous Little Caesars Arena was halted over the weekend. The “March Madness” run was over for the standing room only crowd and SPARTAN NATION. (Attendance announced at 20,446)

Syracuse (23-13) had an effective 2-3 zone and MSU couldn’t solve it. The game ended 55-53 as the Orangemen advance to the next round with their reward being to take on Duke. The NCAA Tournament ended for the Spartan faithful with just the Big Ten Title to show for an exceptional team.

Said Tyus Battle, who had 17 points, about how Syracuse Coach Jim Boehiem stresses defense, “For us it’s defense every night. We know we’re a defensive-minded team, and we’re only going to win games as long as our defense is moving. We’re moving. We’re talking, just making it tough on the opposing team to get up 3’s and stuff like that.”

Said Boehiem after the game, “Our defense has been good this whole tournament all the way. It’s obviously been the key for us. We wanted to get to their shooters, and we did a great job of that.

The University of Detroit Mercy, the Detroit Sports Commission, the staff of Little Caesars Arena and Olympia Entertainment got high praises for a job, well done.

Michigan (30-7) advanced to the Sweet 16 for the second straight year. The Wolverines will travel to Los Angeles and take on Texas A&M Thursday. 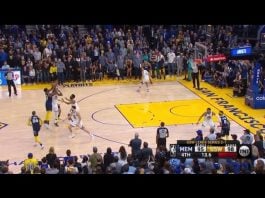