In an exhilarating el’ Clasico final, Pau Ribas ultimately secured the win with free throws to make it 92-87 with 18 seconds left. Trey Thompkins hit a three-pointer for Real to keep matters interesting, but they needed to foul and hope that their Catalan rivals would slip up.

Pierre Oriola did exactly that as he missed both free throws, leaving Real with a chance to snatch the trophy. But Fabien Causeur missed his three-point attempt with Rudy Fernandez also missing the chance to take the game to overtime.

Ribas shot 75 percent from the field for a game-high 21 points to lead Barcelona. Ante Tomic posted 17 but it was Thomas Huertel who was named MVP after he collected eight points and seven assists in the final. His showing throughout the weekend was noted.

Jaycee Carroll led Real Madrid with 18 points. Luka Doncic had 14 but shot just 1/8 from the field with 12 of his points coming from the foul line.

Around Europe, Zalgiris captured back-to-back Lithuanian Cups after they dismantled Lietuvos Rytas 81-62 to win the particular trophy for the eighth time overall.

Edgaras Ulanovas led the winners with 21 points and eight rebounds. Chris Kramer was the only player to have scored in double-digits for the Vilinus-based side with 16 points.

A one-time NBA champion led Torino to a famous victory in the Italian Cup as they beat Brescia 69-67 in the finale.

They might be struggling in the EuroLeague, but Anadolu Efes have a reason to smile after they won the Turkish Cup.

Krunoslav Simon was also impressive with 19 points and 7 assists. Bryant Dunston added a double-double with 13 points and 10 rebounds.

Jared Cunningham was the star of the game, hitting 10 points in the fourth quarter to end with 27 for Bayern.

And in France, Monaco completed a hat-trick of Leaders Cups as they beat Le Mans 83-78. 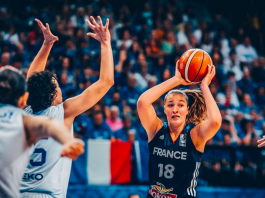