Two of the most promising young Serbian players are already catching the attention of European powerhouses. After the interest shown by Efes Pilsen and Maccabi Tel Aviv and the close link to Partizan, Miroslav Raduljica could be moving to Olympiacos.

Likewise, Nemanja Bjelica, who was rumoured to be very likely to join the Minnesota Timberwolves, could head be heading to the Red team. The fact that the Greek league runner-up recently hired Serbian Dušan Ivković as their coach could be playing a decisive role, as the centre and the power forward are also under his orders in the Serbia national team. Ivković would then have four players from the national side in the team, as Miloš Teodosić and Zoran Erceg are already part of the rosterclub Reds. 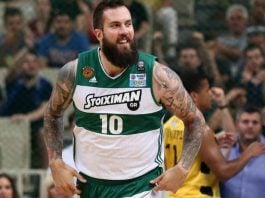