He split time between Denver and Utah of the NBA and Reno of the D-League. Green was the third-best scorer in the D-League last season, averaging 26.5 points in 44 games to go with 4.4 rebounds, 3.9 assists and 1.3 steals.

Green brings in some previous EuroLeague experienced, as he played the competition with Montepaschi Siena in the 2013-14 season, averaging 11.1 points in 10 games. That was also his first season as a professional basketball player, after which he returned to the United States to play a total of 51 NBA games over a span of two years. 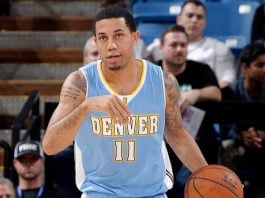