Both players will be staying with the club for one more season. Nine players of last season's squad that brought the Championship are already under contract for the next season and the club's first campaign in the Euroleague. 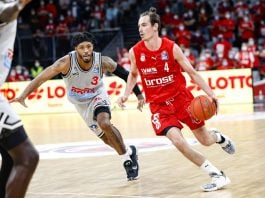