Sacramento Kings head coach Mike Brown believes that Giannis Antetokounmpo is running over defenders when he drives to the basket, which should be called a foul.

“He’s a great player. He’s arguably the best player in the league. Some people say that. But it’s tough. He runs over Davion Mitchell and there’s no call. If that’s gonna happen, we got no chance to guard him, and not many others have a chance to guard him because of his greatness. And now he’s able to do that, there’s nothing we can do, except hope and pray.” 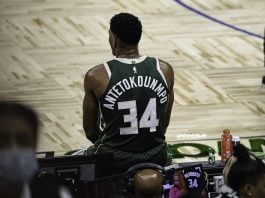