Kawhi Leonard played just his sixth game this season as he returned to action for the Clippers after being out for a couple of weeks.

The 31-year-old forward scored 16 points, grabbed 6 rebounds and dished out 2 assists in 28 minutes of play against Hornets. Leonard also hit a game-winner.

“Felt good to be back,” the two-time NBA champion said, per Tomer Azarly. “I love this game of basketball. I don’t think nobody loves playing it more than me. Maybe watching, but I love this game. It gives me join when I’m able to play.”

This season Leonard is averaging 10 points, 4 rebounds and 3.4 assists in 21 minutes per game. 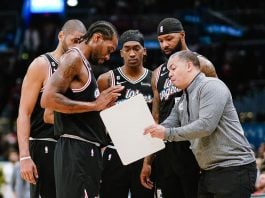 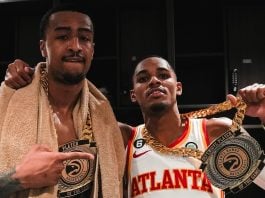 Joel Embiid on Kawhi Leonard: “You can count on him to... Kawhi Leonard: “We got a lot to improve still”