Houston Rockets head coach Stephen Silas gave his thoughts on Jalen Green’s development as a playmaker after the sophomore dished out a career-high 9 assists in a 118-105 home win vs. the Oklahoma City Thunder on Saturday.

“It’s great. He had a bunch of assists before he had his first turnover. I don’t know how many? Was it eight? Yeah. So they were giving him a lot of attention. They put Dort on him, who is physical and made it hard on him. But he found a way to score and then make plays for his teammates. That says a lot about our spacing if he’s able to turn the corner and make plays. His development as a playmaker only makes him even more dangerous.” 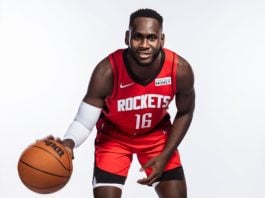