When the Hawks were up huge in the middle of the third period, tempers flared when Young taunted the Rockets and Jalen Green. The road team was building up momentum to finally snag the easy dub behind the All-star guard’s sizzling night together with Dejounte Murray.

A burst of flame suddenly blasted Houston following the altercation. In the final frame, the Rockets went on to a shocking 34-18 blitz to put the Hawks on a stunner defeat.

Following the match, Porter Jr. posted an Instagram story that mocks Young. Green, for his part, reposted it, with plenty of Rockets fans joining the dissing party.

The 128-122 loss serves as the worst loss of the Hawks this season. After going up nearly as 20 markers, they crumbled miserably against the team who holds the worst record in the NBA amid Young and Murray’s 44 and 38 points, respectively. 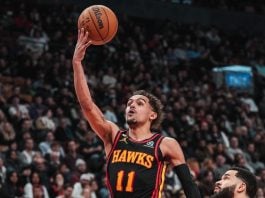