On Thursday, the league slapped Beverley with a three-game suspension without pay in light of the action he made against Ayton last Tuesday.

The Golden State Warriors star, for his part, has stated via Instagram that the length of the suspension is too hefty to consider.

Late in the Los Angeles Lakers-Phoenix Suns match, Beverley stood up and charged over Ayton after taunting Austin Reaves, who fell down hard from the hit of Devin Booker late in the final frame. The veteran, amid the hostile act, has gained plenty of support from his team for backing up Reaves when it mattered.

The veteran has been notorious for his antics and unwanted gestures. As relayed by Shams Charania of The Athletic, the decision by the league on the sanction imposed came from Beverley’s history of unsportsmanlike conduct.

As such, Beverley is set to serve his suspension against the San Antonio Spurs on Friday. Barring no injuries in his off-court activities, he will return to the club in late November against the Portland Trail Blazers. 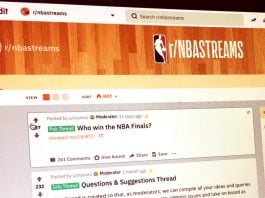