Two young NBA superstars – Luka Doncic and Jayson Tatum – faced each other as the Mavericks visited the Celtics. It was Boston that came on top, winning the game 125-112.

Both players put up big-time performances. Doncic finished the game with 42 points, 8 rebounds and 9 assists, while Tatum had 37 points, 13 rebounds and 5 assists.

After the game the Slovenian praised his opponent. “It’s always the best. He’s an amazing player,” Luka said about Tatum, per Tim Bontemps. “He’s top 10, in the MVP (conversation) … he’s shown he’s not a future face of the league, but he already is, and he’s an amazing player and it’s always fun to play with those kind of guys.” 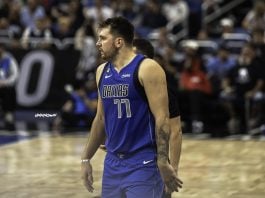 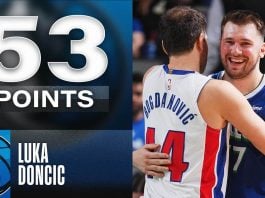