The Utah Jazz are looking to move out Rudy Gay (h/t Yahoo! Sports Jake Fischer). Gay is currently in his second year around the Jazz camp.

Upon the fire sale made by the Jazz last offseason which saw Rudy Gobert, Donovan Mitchell, and Bojan Bogdanovic packing, Gay appeared as a likely candidate to be traded by the club with the likes of Jordan Clarkson and Mike Conley Jr.

As pointed out by Fischer, the veteran is likely to pick up his $6.47MM player option the following season, making him an undoubted trade piece. 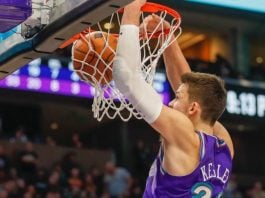