Golden State Warriors’ Stephen Curry has an answer to the critics [journalists] that have called for kids to be banned from the podium during press conferences.

Well, it isn’t exactly a direct message, rather Curry introducing the media and indeed the the world to his two-year-old daughter Riley.

JACKSON DOESN’T HAVE THE STOMACH TO DRAFT LATVIAN

New York Knicks general manager Phil Jackson does not have the stomach to take Latvian youngster Kristaps Porzingis according to the New York Daily News.

With the Knicks picking fourth in this year’s NBA Draft, and the projected top three of Karl Anthony-Towns, Jahlil Okafor and D’Angelo Russell expected to be snapped up. What will the Knicks go with?

“If Jackson is taking into consideration the long-term stability of the Knicks franchise – which, granted, is an oxymoron – the proper course of action may be to draft a young player. Towns, Okafor and Ohio State guard D’Angelo Russell are expected to be the top three players selected. That leaves point guard Emmanuel Mudiay, who played in China last season, Duke small forward Justise Winslow, Kentucky center Willie Cauley-Stein and 7-foot-1 Latvian forward Kristaps Porzingis. The Knicks are not entirely sold on Winslow, and Jackson might not have the stomach to draft Porzingis into the New York market. If it comes down to Mudiay and Cauley-Stein, there are several factors that need to be considered. With Jackson committed to his triangle system, he may be less inclined to select a point guard even though the Knicks certainly have a need at a position that is dominating the league…However, Jackson has told several associates that he admires Cauley-Stein, an athletic big man who has drawn favorable comparisons to Chicago’s Joakim Noah, a former Defensive Player of the Year and All-Star. Last summer, Jackson traded Tyson Chandler to Dallas and later said the Knicks need to find a player who does the things that Chandler does. That’s Cauley-Stein. Kentucky big men have fared well in the NBA, and Cauley-Stein would be an upgrade to a weak Knicks front line. Is he an All-Star? Maybe. A future MVP? That may be reaching just a bit. But a star is out there somewhere. Jackson coached some of the biggest stars in NBA history. And now the Knicks need him to find one“. 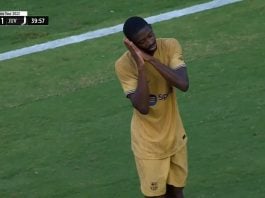 Seth Curry on where he is better than his superstar brother...