Speaking about off-the-court news, two-time Olympic basketball gold medalist and WNBA star Brittney Griner has been taken to a penal colony in the Russian region of Mordovia, a source familiar with the case told Reuters on Thursday.

Asked about Griner’s case, a U.S. State Department spokesperson said: “We are aware of reports of her location, and in frequent contact with Ms. Griner’s legal team.

“However, the Russian Federation has still failed to provide any official notification for such a move of a U.S. citizen, which we strongly protest. The Embassy has continued to press for more information about her transfer and current location.”

According to Emma Camp at Reason, Russia’s penal colonies are much more brutal and dominated by constant physical and sexual abuse than American prisons. Women’s prisons can even be worse than men’s, claims Olga Romanova, the founder of a Russian prison advocacy group.

“Everyone is up for themselves there,” Romanova told Politico. “Everything goes – you can betray, you can abuse. There are no rules of behavior.”

“She is obviously going to come out a different person. We can’t know what kind of person that will be.”

After a Russian court denied Griner’s appeal two weeks ago, her wife, Cherelle, visited “The View” and said that the decision left her in “complete disbelief.”

“I understand being in the field of law that every state, every country has their own rules, but this is just absurd,” she said, via ABC News. “The crime and the punishment is disproportionate at its finest … There are people convicted of murder in Russia who [have] a sentence way less than B.G., and it just makes absolutely no sense to me.”

“That was the complete end of it. There’s nothing more to expect from a legal standpoint and all eggs are in basket, you know, for our government and for America to see how important this issue is,” she continued. “This could happen to anybody and we should be praying that we have a country that recognizes the importance of that and are willing to actually go get our Americans and bring them back home.” 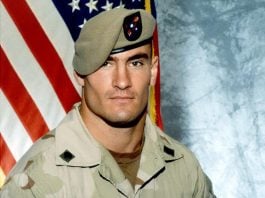