Portland Trail Blazers guard Damian Lillard will be shelved for one to two weeks after an MRI revealed that he has a grade one strain of the right calf.

Lillard sustained the injury in the team’s Wednesday loss against the Miami Heat, which pushed him to make an early exit in the third period.

In five games so far for the Blazers, Lillard is averaging 31 points, 4.8 boards, 4.6 assists in 49.5 percent efficiency for 35 minutes of play. His absence means an added offensive responsibility for his backcourt running mate Anfernee Simons.

Under his stellar production, the Blazers are currently at 4-1 in league standings. They will face the Houston Rockets on Friday in hopes to be back on the win column. 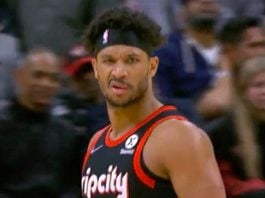