The Sacramento Kings have exercised their 2023-24 team option on Davion Mitchell, per Sacramento Bee’s Jason Anderson. Mitchell will be under contract until the said season, wherein he’ll be guaranteed for a $5.06MM salary.

Mitchell was chosen by the Kings for the ninth pick of the 2021 Draft. As such, he established his known reputation as a defensive specialist guard while averaging 11.5 points, 2.2 boards and 4.2 dimes on .418 shooting across 75 games.

With the Kings vying to end their 16-year postseason drought, Mitchell will remain significant on their long-term run. Since the trade of Tyrese Haliburton, he has been stapled with De’Aaron Fox as one-two punch combo of the club at the backcourt. 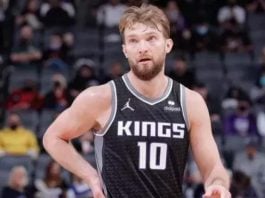