Two-time NBA MVP Giannis Antetokounmpo is 27-years-old and still has many years of basketball ahead of him. Despite that, he already has an idea of what he wants to do when he retires.

The Greek Freak remembered visiting Sweden and not being recognized by the people there which was something that he enjoyed. Being constantly followed by people like some of the greats of the game is not for him.

“I want to be like Tim Duncan. Where the hell is Tim Duncan?” Giannis said. “I want to play the game and then you forget about me.” 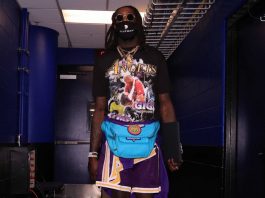