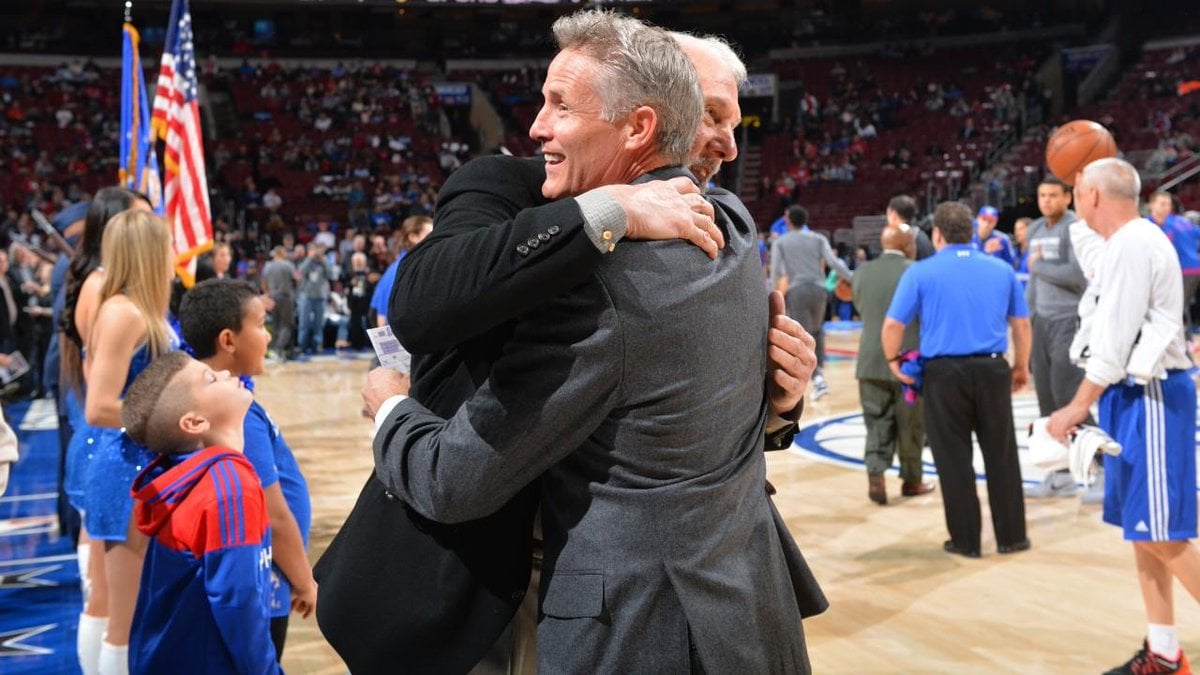 On behalf of the San Antonio Spurs, Gregg Popovich is very much delighted to have Brett Brown back in town.

“Since ’99, we have shared basketball thoughts,” Popovich said of his close bond with Brown, via Tom Orsborn of The San Antonio Express-News. “To have that back is very meaningful for me. It comes at the right time.”

Brown entered the Spurs camp starting in the 1998-99 season. Since then, he took over different roles and ultimately became an assistant of Popovich from 2007 to 2013.

After 15 years and four championship seasons, Brown accepted the head coaching gig offered by the Philadelphia 76ers in the summer of 2013.

Following the ending of his seven-year coaching service for the Sixers, Brown took a hiatus. And after two years, he’s back where it all started, like he’s never left.

“As a friend, his personality, his sense of humor, he is just a fantastic human being. And so, when you can combine those personal traits with the basketball skills and knowledge he has, it’s wonderful to have him back.”