Uncertainty remains the same on the side of Jonathan Isaac.

As told by Orlando Magic lead exec Jeff Weltman, Isaac will remain unavailable from team activities to start the training camp, as the big man is still doing his individual rehabilitations and ramp up procedures in hopes to finally make a return to the hardwood.

Isaac has been inactive to play for the past two seasons. The No. 6 pick of the 2017 NBA Draft, he initially suffered from an ACL tear during his team’s appearance in the NBA bubble last 2020. 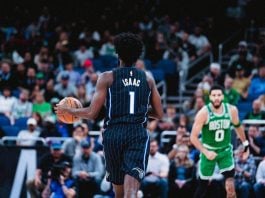 Jeff Weltman on Jonathan Isaac: “How happy you are for him”