The Brooklyn Nets signed former second-round pick Marcus Zegarowski to a contract on Friday and waived him on Saturday, according to NBA.com’s official transactions log.

The No. 49 overall pick of the 2021 draft signed a G League deal last offseason and spent his first professional season playing for the Long Island Nets, Brooklyn’s G League affiliate. 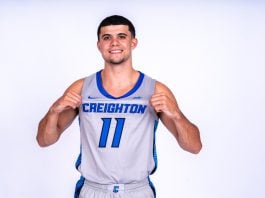