When the 77th NBA season starts on October 18th, 2022, basketball fans worldwide will witness some of the most exciting and competitive NBA fixtures they have ever seen.

The climax to the 2021/2022 season sets the tone for the new 2022/2023 season. New players have joined different squads, and many significant changes have occurred in all the conferences. However, the rivalries have not waned. The opening NBA fixtures for the 2022/2023 season have some blockbuster games lined up for basketball fans.

Right from the first night of the new season, teams will face their biggest tests. This will set the tone for the rest of the long season ahead. Defending champions, Golden State Warriors are pumped up and prepared to launch a title defence. They know the 2022/2023 season will not be a walk in the park.

Which Opening Fixtures of the New NBA Season Promises to Be Interesting?

The opening fixtures of the new NBA season have got stern tests lined up for many teams. No team can afford to begin this new season on a poor note. That is why these opening matchups will set the tone for the 2022/2023 season that will end up as one of the toughest NBA seasons in history.

Here are some of the most interesting opening fixtures of the new NBA season:

Boston Celtics will host the Philadelphia 76ers for the opening game of the NBA season. The Celtics will be determined to launch a good start to the new season after their NBA Finals loss to the Golden State Warriors at the end of the 2021/2022 season.

Boston Celtics have strengthened their squad in different key areas, which have changed the team setups in many ways. The 76ers may not have made a lot of changes, but the established chemistry in the team can help them begin the new season with a bang against Boston Celtics.

The two fixtures are the most exciting fixtures to look forward to when the 2022/2023 NBA season starts on October 18th. Every game in a typical NBA season is challenging. Still, opening games like these can make all the difference for teams and set the course for their direction for the season. 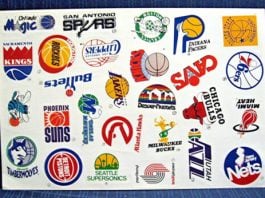