Bojan Bogdanovic is passing the mantle of Croatian basketball to the younger generations.

The veteran forward announced that he is retiring from his national duties in Croatia right after the ending of this year’s EuroBasket.

“I would like to leave something behind me,” Bogdanovic said, pertaining to a potential medal finish for his country. “So this EuroBasket is a perfect chance for me and my teammates to do something special… It’s going to be pretty hard. I’m trying to help my young teammates to grow pretty quickly – and to make an impact on the game, right here, at this tournament.”

Bogdanovic has been a frequent cager serving for Croatia. He started his senior national team duties for the 2010 FIBA World Championship.

His team remains slated in the EuroBasket, holding a 1-1 card in Group C of the tourney. As such, Bogdanovic will try to lead them in breaking through and a win over Estonia today. 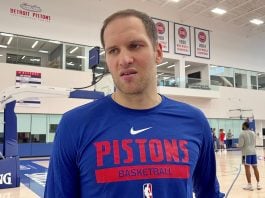 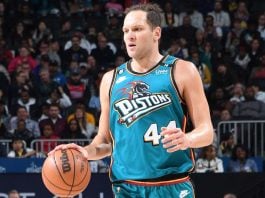 Bojan Bogdanovic agrees on an extension with the Pistons