Linsanity led Jeremy Lin to lose his “humanity,” the former NBA guard said in a wide-ranging interview with Sky Sports. He also said that his career has been “an evolution from trying to run away from it because I felt like I didn’t like a lot of the side effects of Linsanity.”

“Some family issues that it causes, all the privacy that was taken away from me overnight, and the paparazzi chasing down me and my family and friends … just a lot of scary things that happened,” Lin said.

Jeremy Lin played 9 seasons for 8 teams, including the Rockets and Nets. He averaged 11.6 points, 4.3 assists and 2.8 rebounds in 480 regular-season games. He won 1 NBA championship. 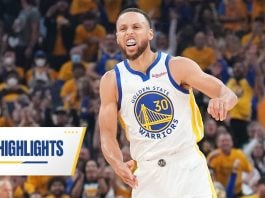