Cook previously battled Matthew Dellavedova for the club’s third-string point guard opening. Dellavedova was eventually signed for a deal, which is a partially guaranteed as noted by HoopsHype’s Michael Scotto.

He won his first championship with the Golden State Warriors in 2018. And in 2020, he was part of the Los Angeles Lakers’ title exploits in the 2020 NBA bubble.

Cook has familiarity with head coach Mike Bown tracing back in their Golden State days. As such, he is expected to provide key production when called up to aid De’Aaron Fox and Davion Mitchell. 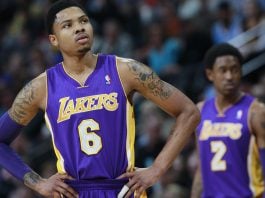