A quote from Draymond Green directed at the Grizzlies was put on a blackboard in the team’s weight room as an apparent motivation.

“Memphis is going to get their reality check – Draymond Green,” reads the text on the wall. It was taken from the comments by the Warriors forward where he talked about how the Grizzlies behaved towards Golden State after they won a championship.

“I’ve said that about Memphis. Those young guys, they’re unfazed by anything. And a large part of the reason they are unfazed is because they just don’t understand how big the moment is.

“I think for them you’re now gonna be expected to do that. You’re now gonna be expected to win these games and it’s not as easy when teams are coming for you. I think now they’re going to get their reality check. It’s not that they won’t still be able to win. They may still be able to win, but they’re going to realize how much harder it is for them to win.” 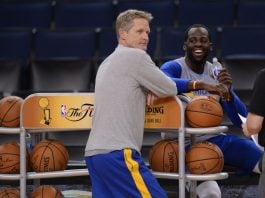 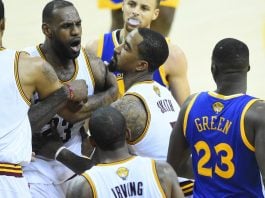