Kawhi Leonard missed the entire 2021-2022 season due to an ACL injury, but the two-time NBA champion is coming along and should be ready for the coming season, new report suggests.

The 31-year-old small forward is yet to play 5-on-5 basketball though. However, he seems to be physically ready to suit for the Clippers in October.

Via Law Murray of The Athletic:

“I was able to update Leonard’s status before the NBA Draft last month, and Clippers president of basketball operations Lawrence Frank affirmed Leonard’s positive progress the night of the draft. Everyone who has been around Leonard this offseason, both with the team and outside the team, have suggested that Leonard is physically ready for next season and is not carrying any mental angst that comes with a return from an ACL surgery.” 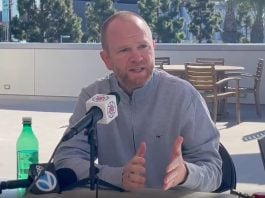