Former NBA star JJ Redick had the opportunity to watch this year’s number one draft pick Chet Holmgren in person during the Summer League. He was impressed with what he saw.

The former sharp-shooter shared his thoughts on The Old Man & The Three podcast. “Watching Chet Holmgren in person was an experience,” Redick said. “Right away you are taken aback by his length, his frame.

Then Redick proceeded to list his favorite Holmgren’s Summer League plays, saying that he reminding him of a young Giannis Antetokounmpo.

Thunder apply for a $4.95M disabled player exception from NBA

Aleksej Pokusevski on Chet Holmgren: “He will successfully recover” 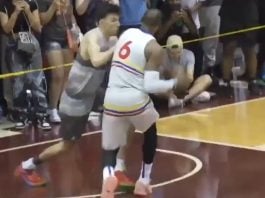