One of the newest Boston Celtics members Danilo Gallinari, who turns 34 this coming season, said taking a reserve role the past two seasons in Atlanta has helped him dive headfirst into a phase in his career in which he isn’t the centerpiece, via ESPN:

Celtics are expected to apply for a disabled player exception

Achille Polonara: “Danilo Gallinari is a big loss for us” 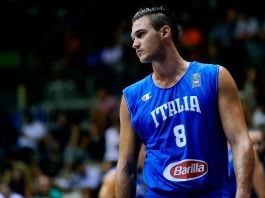