Tucker has moved on from the Miami Heat and will be playing for the Philadelphia 76ers next season despite the positive year he had in South Beach. The veteran fit Miami’s culture perfectly and it didn’t seem like he would want to play anywhere else, yet he’s joined the Heat’s rivals in what’s a major coup for the Sixers.

The 37-year-old took to Instagram on Wednesday night to thank Heat fans for the support they showed him last season.

“What a year.. True underdogs that really got it out the mud and went against all odds,” he wrote. “Miami you will forever be my home and heat nation i can’t thank you guys enough for the love you’ve shown all year. Though our journey together has come to an end the love will forever remain the same.”

Jimmy was having none of that…

“fuck you and @joelembiid yeah I brought him into this,” he wrote as a comment.

Of course, the Heat star was just having a bit of fun with his former teammates. But he must be unhappy with Tucker’s decision to leave him and Miami for Joel Embiid and Philly. 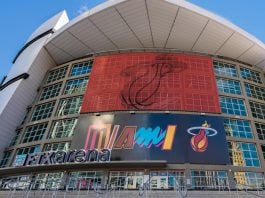