A convicted thief Rex Chapman, who played in the NBA from 1988 to 2000, went on a racist Twitter tirade focused on Justice Clarence Thomas, via OutKick.

During the cry for help, Chapman aimed at interracial marriage by posting photos of Thomas and Republican Kentucky Attorney General Daniel Cameron next to their white wives:

And then, Chapman bizarrely questioned how long Thomas could last in a majority-black NBA locker room: 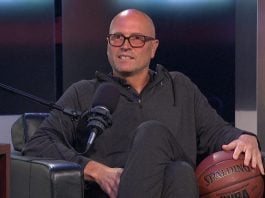 Rex Chapman pays tribute to the dead coach who is still...

JJ Redick says Klay Thompson is one of his favorite players...