Tomas Satoransky is back in a familiar land and will leave the NBA after a six-year stint.

Multiple sources have confirmed that the Czech cager has committed to making a reunion with FC Barcelona. After murmurs of their negotiation over the past few weeks, both sides have reportedly reached an agreement for a four-year collaboration.

The said deal, per HoopsHype sources, has no NBA out clause, which means that Satoransky has to honor his established partnership with the club and the leagues that they are being affiliated with.

Satoransky is set to become an unrestricted free agent in the NBA, as his three-year, $30 million deal that he signed last 2019 will expire this offseason.

In his stay in the NBA, Satoransky managed to suit up for the Wizards, Chicago Bulls, New Orleans Pelicans, and the San Antonio Spurs. 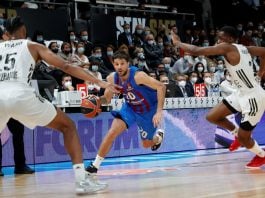