According to Shams Charania of The Athletic and Stadium, former NBA power forward Rasheed Wallace has agreed on a deal to be an assistant coach for the Los Angeles Lakers under new head coach Darvin Ham.

Both were teammates on the Detroit Pistons and part of the 2004 title team. Memphis‘ Penny Hardaway hinted today Wallace may join Darvin Ham on the Lakers.

After retiring from the NBA following the 2012-13 season, Rasheed Wallace was hired as an assistant by the Pistons on head coach Maurice Cheeks’ staff.

Wallace played 16 seasons for 6 teams, including the Trail Blazers and Celtics. He averaged 14.4 points and 6.7 rebounds in 1,109 regular-season games. He was selected to play in 4 All-Star games and won 1 NBA championship. 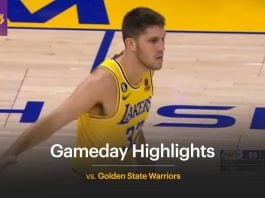