Jerami Grant is one of most coveted players in the NBA. Multiple teams have shown interest in the 28-year-old Pistons forward. Blazers, Lakers and Wizards have been mentioned in the past as potential destinations for him.

This past season the Blazers changed the outlook of their roster as they traded star guard CJ McCollum along with other players to New Orleans, opening a new chapter in the franchise’s history.

This past season Grant averaged 19.2 points, 4.1 rebounds and 2.4 assists in 31.9 minutes per game for Detroit, one the worst teams in the league. 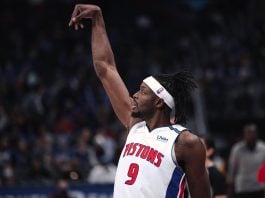