Stephen Curry scored 31 points, Andrew Wiggins added 27 while posterizing Luka Doncic on a dunk and the Golden State Warriors beat the Luka Doncic-led Dallas Mavericks 109-100 on Sunday night for a 3-0 lead in the Western Conference Finals. Game 4 on Tuesday in Dallas. 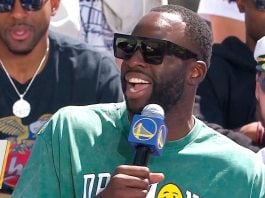