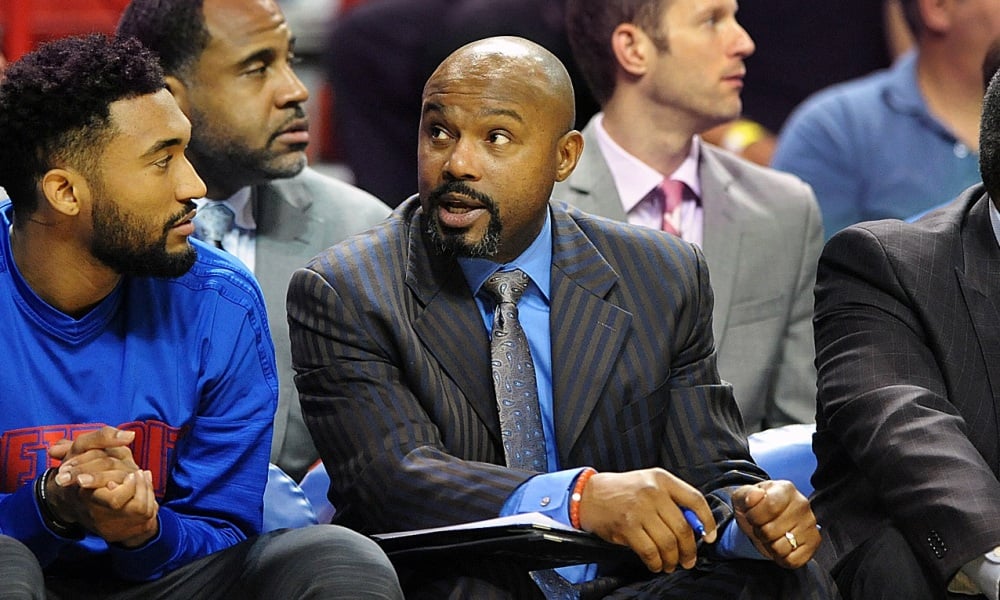 The New York Knicks will now work with a familiar foe from the 90s decade.

Marc Berman of the New York Post reported on Thursday that the Knicks have hired Tim Hardaway Sr. as their newest scout. The franchise didn’t formally announce in public their acquisition of the former star point man this season.

Per Berman, Hardaway Sr. has been on the field for the Knicks and conducting an interview amongst the 2022 draft hopefuls in the combine.

Prior to his newest job, he had a four-year assistant coaching career with the Detroit Pistons from 2014-2018 under Stan Van Gundy.

A five-time All-star and a multiple All-NBA team member from five different clubs, Hardaway was a menace back in the day with his sick ball handling skills and elite play making. After almost 20 years of waiting from retirement, his name is set to be immortalized in the Naismith Basketball Hall of Fame as a member of Class of 2022 on Sept. 10.