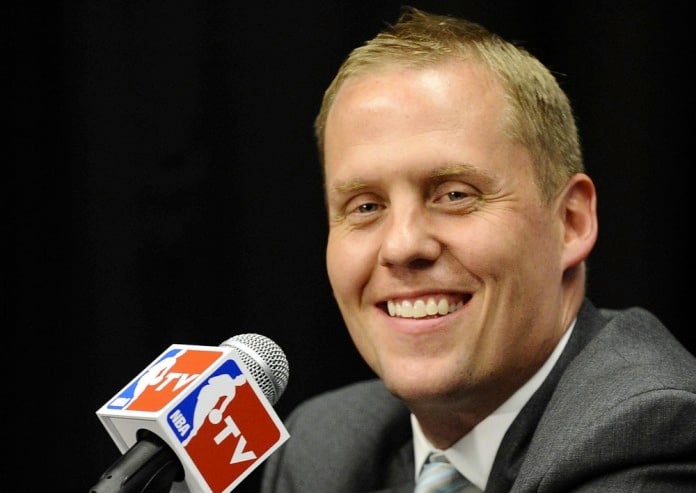 The Minnesota Timberwolves are doing what they can to lure away Tim Connelly out of Denver.

Wolves insider Dane Moore reported on Wednesday that Minnesota is offering Nuggets president Connelly an ownership stake of their franchise aside from their vacant position in president of basketball operations department.

Added by Moore, this huge proposal serves as a great factor on the ongoing conversation between Connelly and the T-Wolves brass.

Earlier, Shams Charania and Jon Krawczynski of The Athletic already provided that both sides are in serious talks for a possible partnership. While there are no deals being materialized yet, the gigantic offers for Connelly are truly difficult to turn down.

Other than Connelly, new Minny owners  Marc Lowe and Alex Rodriguez have listed Oklahoma City Thunder’s Sam Presti, Masai Ujiri of Toronto Raptors, Bob Myers of the Golden State Warriors and Philadelphia 76ers’ Daryl Morey as their interests to fill their organization’s vacant lead position in basketball operations. Long-time Miami Heat executive Pat Riley was initially on the list but was then excluded.

Featuring a promising lineup that is being led by Karl-Anthony Towns, Anthony Edwards and D’Angelo Russell, Minnesota had a promising 2021-2022 season with a 46-36 win-loss card. They appeared in their second postseason in four years and are set to rise further in the league’s power ladder.

Connelly is the current architect of the Nuggets who played an important role in constructing a massively talented core of two-time MVP Nikola Jokic, Jamal Murray and Michael Porter Jr. His influence can be a tremendous help in making Minnesota a legitimate powerhouse in the association.