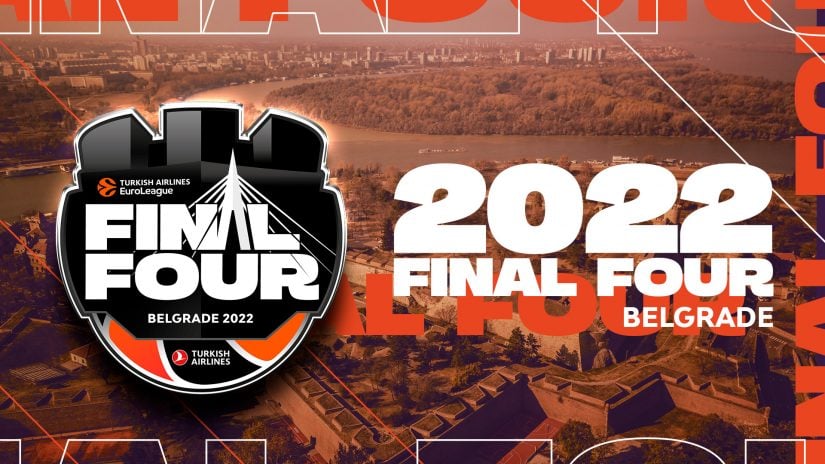 The EuroLeague Final 4 is the biggest event in European club basketball and both finalists from last year will join a pair of very familiar faces returning to the season’s most significant event the 2022 Turkish Airlines EuroLeague Final Four in Stark Arena in Belgrade, Serbia, from Thursday, May 19, to Saturday, May 21.

In the first semifinal, a stellar rivalry arrives in the Final Four stage for the first time after 44 games already this century, with the series tied 22-22. Efes has won seven of the most recent eight games against the Reds, all except the last one in Piraeus back in February when Kostas Sloukas hit a season-defining buzzer-beater in overtime to win it 87-85 for Olympiacos.

The reigning champion Anadolu Efes had a very turbulent season. At one point, they were not even in the top 8, so they endangered their place in the quarterfinals, but after Russian clubs were expelled from Euroleague, it became clear that they would qualify for the playoffs.

Absolutely no one predicted that Olympiacos will qualify for Euroleague Final Four before the start of the season. There were some people who even thought that the team from Piraeus will not play in the quarterfinals, but Georgios Bartzokas did a great job with this team.

“We just need to focus on ourselves, have to play with confidence, we have to play for our shirts, for our city, Piraeus. For our club. And to enjoy the moment. Sometimes it is rare to be in this position to play the Final Four, to play for the title. So we don’t have to exaggerate in anything, we just need to enjoy the moment” – Olympiakos head coach Georgios Bartzokas.

“I know they have a couple of players who want the moment, who like the moment. I think that is what they count on for leadership. They have a good coach and, by the way, congratulations to Coach Bartzokas on his award. They are going to play team basketball. I think they are going to have the fans on their side. We need to get off to a good start and play solid. I don’t think we need to risk on defense or rebounds and I think we will have a good chance of winning.” – Chris Singleton, Anadolu Efes Istanbul forward.

El Clásico coming to the Final Four for the third time ever, all in the last decade, just about says it all. Although it lost those two semifinal editions, in 2013 and 2014, season-long standings leader Barcelona will not lack for confidence in this one, having beaten Real in their last four EuroLeague meetings

Barcelona finished the regular season in the first place and they are coming to Belgrade as the first favourite according to the betting sites. They had problems with Bayern in the playoffs and they needed to play all five games in that series. If they don’t justify big investments and do not win the Euroleague this year, there could be certain upheavals within the club.

Since the arrival of Jasikevicius on the Barcelona bench, El Classico has been played 14 times and H2H is 11-3 in favour of Barcelona. Laso has been outsmarted by Jasikevicius in all-important games so far, but now he will have the opportunity to take revenge on him in the most important clash between the two of them so far.

“It’s a semifinal game against a great team. I’m sure it’s going to be very tough, we will need to get ready to play for the whole 40 minutes, to play consistently for the entire game. We will try to do our best, to display our best version as a team and try to advance to the final.” Sergio Llull, Real Madrid guard

“It’s Clasico. So you got to expect a tough game. As a competitor, these are the moments you wait for. Being a Clasico in the Final Four makes it even more special. We know them very well, but they know us very well. When you play each other so much in a year it comes down to fighting and sacrificing for your team. Hopefully, with that and attention to detail, we can get a win.” Brandon Davies, FC Barcelona center

Barcelona and Anadolu Efes are the main favourites to play in the Euroleague final game again and thus continue their rivalry for several years. On paper, Barcelona is the first favourite to win this competition, but we have seen many surprises in the Final Four in the past.